Anyone that has ever read my blog knows how much I enjoy a good movie. And ones I personally consider to be great, I do a post about. Well this one, the one I’m going to tell you about, blows any other movie I’ve watched in a long time completely out of the water. Out of the atmosphere.

I CAN ONLY IMAGINE

The inspiring and unknown true story behind MercyMe’s beloved, chart topping song that brings ultimate hope to so many is a gripping reminder of the power of true forgiveness.

I’m sure you’re heard the song at least once. After all, it is the #1 Christian song in America. Even of you aren’t particularly fond of Christian music, I have no doubt you have heard it somewhere. It has been played on nearly every radio station in the U.S.

And with 2.5 million copies sold, it is the best-selling Christian single of all time, having been certified 3x platinum by the RIAA. As of 2018, it is the only Christian song to reach that milestone.

Still not sure? Click this link to watch the official video:

Okay, so I’m not writing this about a song or to sing its praises. (No pun intended). I’m here to tell you about a movie. The movie that tells the true story behind such an awe inspiring song.

And believe me, the backstory is even more awe inspiring that the song. In fact, when I watched it in the theater, I was not the only one shedding tears. Sniffles could be heard throughout the darkened room. And more than a few people left the theater red eyed when the lights came back on.

PLOT:
Growing up in Greenville, Texas, Bart Millard suffers physical and emotional abuse at the hands of his father, Arthur. When Arthur becomes terminally ill, he finds redemption by embracing his faith and rediscovering his love for his son.

Years later, Bart’s troubled childhood and mended relationship with his dad inspires him to write the hit song “I Can Only Imagine” as singer of the Christian band MercyMe.

There are a couple of big names starring in this movie but even if there weren’t, I know it would not detract from the movie. I’m not sure anything could.

American actor who has starred in many movies including:

The Day After Tomorrow

An American actress who has had many starring roles and appeared in several shows including: 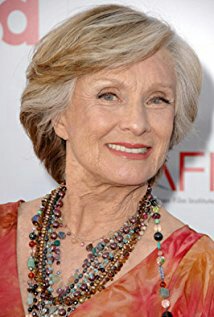 An American songwriter, singer, and actor, he has topped many country music charts with his amazing musical ability.

Here’s a few memorable quotes from the movie:

Brickell: Let me ask you something Bart, what are you running from?

Brickell: …he beat you, didn’t he? Ya ain’t got no poker face kid.

Bart: I carry that. I have to live with that, you know. I always will.

Brickell: Then write about it. Stop running from it. Let that pain become your inspiration.

Memaw: Imagine what he is seeing up there, just imagine!

Brickell: What is the name of your band again?

Bart: It is “Mercy Me”. Because when I told my Memaw that we were starting a band, she was like “Mercy me, get a real job!” And I was like: “Oh, Memaw.”

Bart: And the guys were like “Did she really say that?” and I was like “Yeah, we have to name the band mercy me”. So we called it.

Brickell: [to Bart] You got talent, you got potential, you can sing, but I don’t think you found your song, found your soul.

Arthur: Dreams don’t pay the bills. Nothing good comes from them. All it does is keeping you from knowing what is real.

Brickell: [to Bart] Son, the sheer volume of words that comes out of your mouth is exhausting. You are not ready. That’s what I think.

Here is the official movie trailer if you would like to get a sneak peek:

This is one movie you do not want to miss. Just be sure to keep a box of tissues handy because you will definitely need them.

Good morning all. I’m here to share an amazing movie with you. If you haven’t heard of it, then please take the time to look it up, rent it, watch it. You will not be disappointed. The movie I’m talking about is 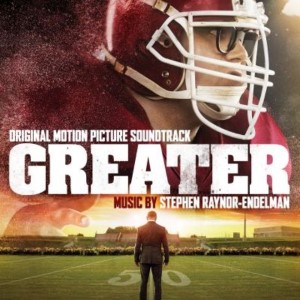 The story of Brandon Burlsworth, possibly the greatest walk-on in the history of college football.

You do not have to be a football fan to enjoy this movie because although Brandon’s goals were to become an Arkansas Razorback and eventually for an NFL team, the movie is about much more than that.

It’s about faith, family, ambition, determination, drive, and beliving in yourself when no one else does. And if after watching it, you aren’t touched, then you better check your pulse because you may not be alive.

Brandon Burlsworth worked hard for everything he had and everything he wanted. But one of the best things was that unlike a lot of people, he was not only focused on himself but also on his friends and family. He made those around him believe not only in him but in themselves as well.

He was living his dream-playing for the Razorback team, graduating with a master’s degree, and signing with a NFL team when out of no where, tragedy struck.

Sadly, Brandon was killed in a car accident one day in April 1999 while on his way to pick up his mom for church services.

His death rocked not only his family, friends, fellow players, and coaches but also the the entire football industry and fans.

It was a tragic loss of great man. A kind and and gentle giant with the biggest heart and soul anyone had ever known.

In the months following his death, there were several things done to honor Brandon:

The Indianapolis Colts wore his initials, BB, on their helmets for the 1999 season.

In addition to these, Brandon’s family and friends created several charities and organizations in his name:

In honor of his work ethic and Christian values, the Christian organization’s mission is to support the physical and spiritual needs of children, in particular those children who have limited opportunities. The foundation’s logo prominently features Brandon’s signature boack-framed glasses.

http://www.brandonburlsworth.org/burlskids.html
For this program, the Burlsworth Foundation provides underprivileged youth a chance to attend Razorback and Colts football games. Since 2000, the Foundation has bought 30 tickets to each Arkansas Razorbacks home football game. The tickets are distributed through Razorback Clubs across the state. The children are a big part to the foundation. The children are given an official “Burls Kid” T-shirt and replica glasses similar to what Brandon wore on the field.

http://www.brandonburlsworth.org/eyeschampion.html
The Brandon Burlsworth Foundation, in partnership with Walmart/Sam’s Optical Department and independent optometrists across Arkansas, provides eye care to thousands of pre-kindergarten through twelfth grade students. Primarily they come from working families that cannot afford extras like eye care and do not qualify for state funded programs. Applications must be submitted by school nurses or counselors and are available in English, French, and Spanish.

These camps are for youngsters going into 3rd grade through 9th grade. They are held once each summer at F.S. Garrison Stadium in Harrison, Arkansas, and War Memorial Stadium in Little Rock, Arkansas. Children are given a chance to learn from former Razorbacks. Past participants included Anthony Lucas, Clint Stoerner, Joe Dean Davenport, Madre Hill, Grant Garrett, Russ Brown, Barry Lunney Jr., Chad Abernathy, Michael Smith, Lucas Miller and others. The campers learn football skills but more importantly, they are taught throughout the day about character, attitude, morals, priorities and the desire to do it “The Burls Way.”

Each year the Brandon Burlsworth Foundation gives out several awards and scholarships at various school levels. Eighteen students at the University of Arkansas who are primarily from smaller towns and who are characterized as academic “overachievers” receive $5,000 scholarships. Additionally, a Razorback football player who began his career as a walk-on, but then earned a football scholarship, is honored as the year’s Burlsworth Athletic Scholar. The students are selected by the University of Arkansas Scholarship Committee and are recognized in a ceremony in Fayetteville, Arkansas.

Harrison (Arkansas) High School continues to award the Brandon Burlsworth Award to one male and female athlete who best exemplify the strength of character and work ethic known as “The Burls Way”.

The Brandon Burlsworth Award is given out yearly to a male and female at Harrison High School and the University of Arkansas.

In 2010, the Burlsworth Trophy was created and named in his honor.[13] The award is given yearly to the most outstanding Division I FBS college football player who began his career as a walk-on.

TO SOME, BRANDON BURLSWORTH WAS A HERO. TO MANY, HE WAS AN INSPIRATION. TO ALL, HE IS GREATER.