Hi everybody. Well the Christmas season is upon us. You know what that means. Holiday decorating!!

Who doesn’t love to decorate their house, making it all cheery and bright? And the tree….oh boy. So many ways to make it come alive!

For those that love to decorate but want a little something different and unique for your Christmas tree this year, have I got just the thing for you!!

Made by hand, these ornaments are available in any pattern you want.  From your favorite colors to your favorite sports team and even your kid’s favorite movie and much, much more, these are just the thing to personalize your Christmas tree this year!

**ITEMS BELOW ARE ONLY A SAMPLE OF DESIGNS AVAILABLE. (FRONT AND BACK IF EACH ITEM ARE SHOWN.) 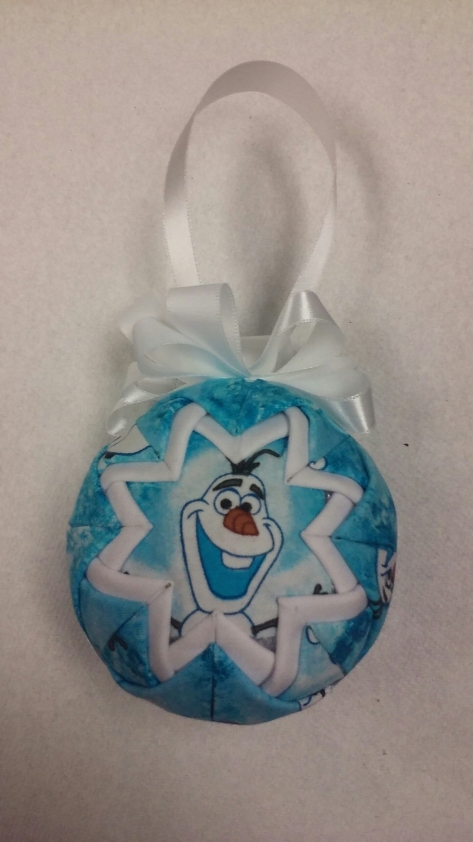 OKLAHOMA SOONERS FRONT AND BACK  ( IN WHITE): 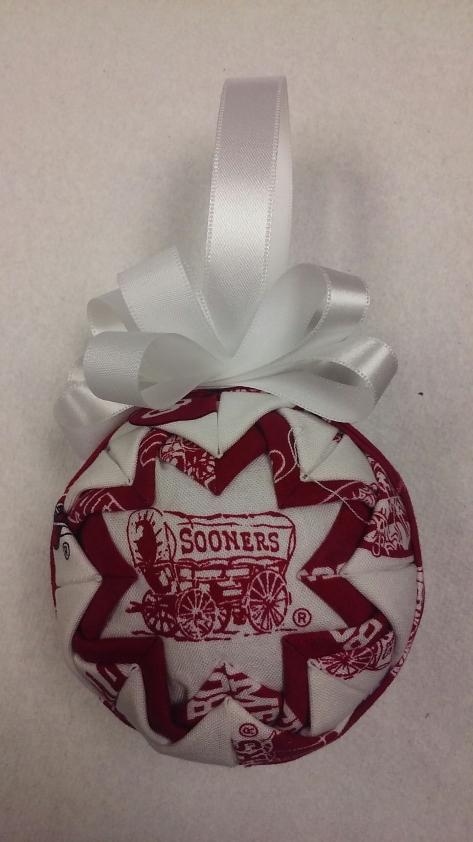 OKLAHOMA SOONERS FRONT AND BACK (IN RED):

ARKANSAS RAZORBACKS BACK (IN WHITE):

ARKANSAS RAZORBACKS BACK (IN RED): 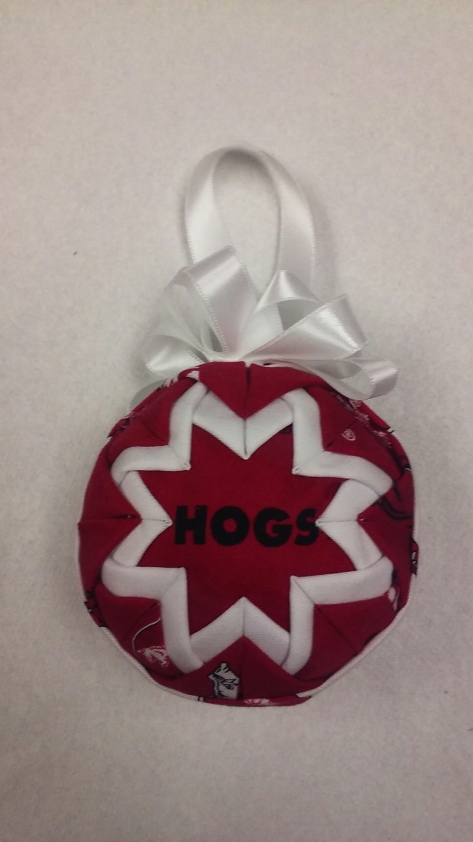 So if you want a Christmas tree that reflects you and your personal style, order today!!

Hi Everyone!! We are well into the holiday season and as we all know, it can get a little crazy. Or a lot depending on your family. 😄 But everyone could use some down time now and then so why not spend yours with an amazing book?  Today on Tuesday Teasers, I have Ryan Jo Summers and her incredible book, Chasing the Painted Skies. Enjoy!!

Inspired by a lakeside photo, shrouded in swirling mist comes Chasing the Painted Skies. Part mystery, part treasure hunt. Some alternative paranormal with a dash of ghost story and all romance… 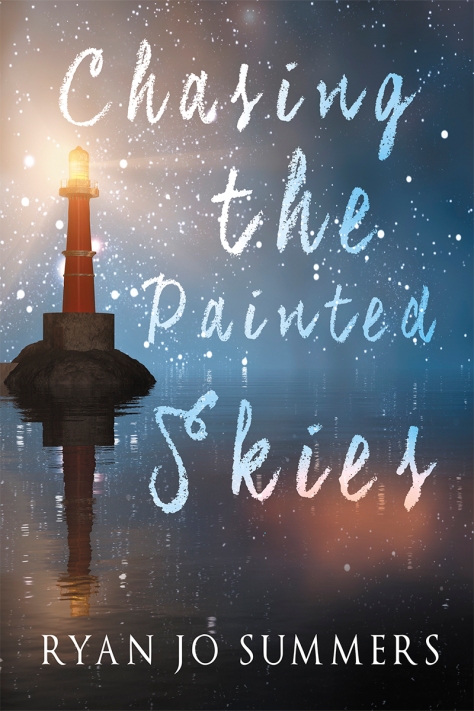 Raven Koynes is a woman in hiding. Years ago she escaped to remote Gull Island Light Station, nestled far away in Lake Superior. She has carved out a life of peace and solitude for herself. Until famed nature photographer Sebastian Knight arrives—in the height of a nor’easter storm—to document the beauty of Gull Island. Unsavory treasure hunters also blow in with the storm, determined to find missing cargo from a sunken ship. And they think Raven knows where it’s stashed. A power outage is a final threat, pushing Raven to the limit.

Help arrives in the form of a stray German Shepherd Dog, who takes an immediate protective interest in Raven. He becomes her constant shadow and listening ear as she sorts out her growing—and conflicting—feelings for Sebastian.

Meanwhile, Sebastian came to the island looking for treasure as well, in the form of photographs, While he isn’t so sure about a sunken boat and missing cargo, he only needs one look at Raven Koynes to know he’s found his own valuable treasure. One he hopes he can hang on to once she learns about his mysterious secret.

Now that Madeline the resident ghost has found out, it’s probably just a matter of time until Raven does too. And with the storm and power outage, no one is going anywhere any time soon.

Hi everyone. Okay I know this is a late post but oh my gosh, I have to share with you this incredibly great but twisted movie that you HAVE to see. Its called Dark Places. 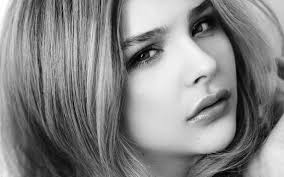 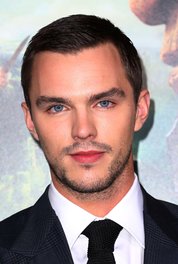 This movie has it all: sex, drugs, murder, secrets, lies, and mystery. It will keep you guessing, gasping, and on the edge of your seat until the VERY end. No lie.

It is absolutely crazy and twisted, sad and unbelievable. This is one movie you DO NOT WANT TO MISS.

Usually, I would tell you more about this movie but #1: it’s late and #2: to tell you about it would completely ruin it for you so you are going to have to check it out for yourself. I will say one more thing about it though. The actresses and actors in this movie play the parts of a lifetime. Again,
DO NOT MISS THIS ONE. Enjoy!

Hi everybody. Today is November, Friday the 13th. Yep, it’s THAT day.  If your like a large number of people, you might have some reservations about today simply because it’s Friday the 13th.

Friday the 13th is considered by some to be nothing but a crazy superstition. Like a black cat, 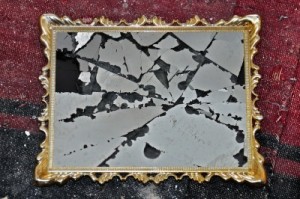 Walking under a ladder, 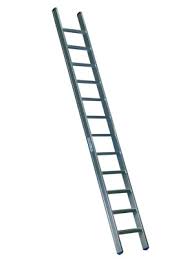 Or even spilled salt.

See or to any of these things and you may be cursed to have bad luck for a VERY long time. If you believe it that sort of thing…

But belive or not, do any of you know WHY Friday the 13th is considered the “unluckiest-day” there is? If not, keep reading to discover the history behind this “bad luck” day. You might be surprised to learn how this day got it’s in ominous meaning. Enjoy!

THE HISTORY OF FRIDAY THE 13TH:

Being wary of Friday the 13th is much more than a quaint superstition observed by a few uneducated people in distant, unreachable towns and hamlets. In the United States alone, it is estimated that between 17 and 21 million people dread that date to the extent that it can be officially classified as a phobia. This phobia is known as: friggatriskaidekaphobia

So why is Friday the 13th considered such an “evil” day?

The origins aren’t perfectly clear, but we do know that both Friday and, separately, the number 13 have long been considered unlucky and it was around the late 19th century that the first documented instances started popping up of people putting the two together to form the unluckiest day.

The superstition surrounding this day may have arisen in the Middle Ages originating from the story of Jesus’ last supper and crucifixion in which there were 13 individuals present in  the upper room on the 13th Nisan Maundy Thursday, the night before his death on Good Friday.

Regardless of how it got started,  the “bad luck” of Friday the 13th is dreaded into present day.

But is there any real evidence of this being a bad day? Well, actually, yes….

1. Black Friday Fire:
On Jan. 13, 1939, a bushfire tore through Australia’s Victoria province, killing 36 people in one day. This “Black Friday” fire was the deadly icing on top of a terrible fire season for the province. According to Australian Emergency Management, a total of 71 people died that January, and 75 percent of the state was affected by the flames.

2.  Buckingham Palace Bombed:
One of the most destructive of these hits occurred on a Friday the 13th. On Sept. 13, 1940, Queen Elizabeth and King George VI were at tea, according to the Archives. Five bombs struck the palace, one of which destroyed the interior of the Royal Chapel. Another ruptured a water main. Three people were injured, one fatally.

3. Kansas Floods:
July 13, 1951, was an extremely inauspicious day for northeastern Kansas. Topeka was swamped, as was Lawrence. In the Manhattan, Kansas, business district, the water stood at 8 feet (2.4 m) deep. It was the single worst day offlood destruction in the Midwest to that date, according to the NWS. Twenty-eight people died, and another 500,000 were displaced until the waters receded. The NWS and the U.S. Army Corps of Engineers estimate the damage amounted to $935 million at the time, which is equivalent to $6.4 billion in today’s dollars.

4.  A Cold War Crisis:
On Friday, June 13, 1952, the Cold War turned hot when the Soviet Union shot down a Swedish military transport plane. Eight people were on board the plane, which the Swedish government
insisted was merely on a training flight. For its part, the Soviet Union declared it had no involvement in shooting down the lost DC-3.

5.  A Murder Goes Ignored:
One of New York’s most brutal and notorious murders occurred on Friday the 13th. On March 13, 1964, bar manager Kitty Genovese was stabbed and raped by a stranger, Winston Moseley. The attack took more than a half-hour, and an early New York Times articlereported that 38 people witnessed the attack and failed to call the police. The tragic case became a staple in psychology classes as a way to illustrate the “bystander effect,” or “Kitty Genovese syndrome,” which occurs when people fail to act in a situation because they assume someone else would step in.

6. A Deadly Cyclone Strikes:
The deadliest tropical cyclone in history struck on Friday, Nov. 13, 1970, in Bangladesh. Making landfall that Thursday night, the Bhola cyclone killed at least 300,000 people, according to the University Corporation for Atmospheric Research.

7. An Infamous Story of Survival Begins:
team boarded a turboprop plane to travel to a match in Chile. They never made it. Because of a navigational error, the plane careened into an Andean mountain peak, crashing on a high-altitude snowfield.

But the ordeal was only the beginning for 27 of the original 45 passengers who survived the crash and its immediate aftermath. Without cold-weather gear or much food, they were forced to improvise water-melting devices and eventually eat from the bodies of their lost companions — an ordeal memorialized in the 1974 book and 1993 movie “ALIVE.” An avalanche killed eight more survivors at the end of October, and illness took the lives of others.

8. A Lesser-known Plane Crash Kills 174:
Oct. 13, 1972, was not a great day to fly. The same day the turboprop plane carrying the rugby team went down in the Andes, a much larger flight crashed near Moscow’s Sheremetyevo Airport in Russia, according to the ASN. The Ilyushin-62 airplane was carrying 164 passengers and 10 crewmembers from Paris to Moscow, with a stop in Leningrad. As the plane approached the airport, it flew into the ground at an air speed of 385 mph (620 km/h). Everyone on board was killed.

Friday, Sept. 13, 1996, was a tragic day for hip-hop, when rapper Tupac Shakur died of gunshot injuries in a Las Vegas hospital. Shakur had been injured on Sept. 7 in a still-unsolved drive-by shooting and died from those injuries on Friday the 13th.

10. A Cruise Ship Capsizes:
On Jan. 13, 2012, a peaceful Friday of cruising off the Tuscan coast turned chaotic as the Costa Concordia cruise ship struck a reef off the Isola del Giglio and began to tilt. At first, passengers were evacuated by lifeboat but as the ship came to rest on its side in the shallow water, survivors had to be airlifted to shore by helicopter. Thirty-two people died in the wreck.

But not only bad things happen on the “evil day”: 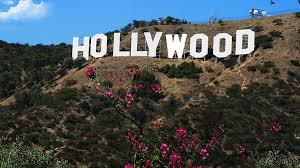 2. Actor Steve Buscemi, director Alfred Hitchcock, and actresses Mary Kate and Ashley Olson were all born on Friday the 13ths:

3. 2004 Summer Olympics returned to the birthplace of the ancient and modern Olympics:

4. A New Rock Band Add Their Sound To Rock and Roll:

See, not all bad right? Not convinced? Either way, here’s hoping your Friday the 13th goes by without any bad luck…Thanks for stopping by.

HI EVERYONE! ARE YOU INTERESTED IN HAVING A GOOD TIME?  THEN BE SURE TO STOP BY AND HAVE FUN WITH US!!

8 EXTREMELY TALENTED AUTHORS ARE GOING TO BE FACEBOOK ON NOVEMBER 19th, 2015 TO CELEBRATE THE UPCOMING RELEASE OF THEIR STEAMY CHRISTMAS  BOOK, SIZZLE IN THE SNOW.  THERE ARE GOING TO BE PRIZES AND GIVEAWAYS AND MUCH, MUCH MORE. JUST CLICK ON THE LINK BELOW  AND ZIP RIGHT OVER FOR MORE DETAILS!!  HOPE TO SEE YOU THERE. ENJOY!!